I was sitting at my dining room table just before noon, working and considering what I might have for lunch when I received the news that my services were no longer required -- which, let me tell you, is a total appetite suppressant. No desire to fix a fancy salad after being told you're completely expendable!

When I heard my editor (shouting through her speaker phone) announce that she had the HR rep in the room with her and needed to have a "difficult conversation" with me, I'm not gonna lie, crazy thoughts flew threw my head. I'd just been in the office on Tuesday. Was I caught on camera taking too many Starbursts and mini-Snickers from the lobby-based community candy bowl? Then it dawned on me: They're letting me go! My heart rate quickened as I listened and heard the euphemistic equivalent of "You're being replaced by an unpaid intern."

I know (or at least my mother tells me) my first thoughts should've been rage followed by sorrow but really all I felt was free. Like when the boyfriend you keep meaning to break up with does the dirty work for you. Don't get me wrong, I was thrilled to have this job with health benefits and a paid vacation, but I knew I was never going to be moving up, and all my days were becoming a blur of spewing out a variation on the same thing you could find 400 other places.

Just the other day I was asked to participate in a Facebook Live event in which I was forced to wear -- and demo -- a dunk hat. Even my husband, when I showed him the photos, said, "Wow, this seems like a new low, doesn't it?" Um, yes. Yes, it does. 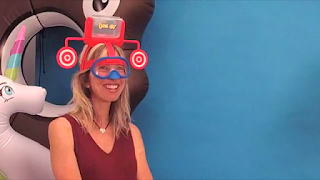 I feel like in many ways I needed this. Even as my former editor and the HR rep were telling me they'd box up my belongings and ship them, like the mindless drone I'd become, I was adding a photo credit and saving the post I was in the middle of writing. Thankfully, my inner voice of reason piped up and said, "Sweet Jesus, Liz, you've just been sacked. Let someone else finish this slideshow, you big dummy!"

I was on multi-tasking auto-pilot. I needed a break. Exhibit A: I just tried to call a dentist using my TV remote. I'm tired. Bone tired. I've been freelancing on the side since I accidentally bought a really expensive vacation at a charity fundraiser. I have to take a minute and collect myself.

Also, the timing of this is pretty great. Early June? A gal could do a lot worse. As I wandered from room to room yesterday afternoon processing the news, it occurred to me that last summer I spent about two hours at the beach. Maybe even less because it was a windy day and my son (14 at the time) was struck by an flying umbrella. While I would maintain that he was gently grazed, he carried on as if he'd been run over by a Zamboni or trampled by all the bulls in Pamplona. And we needed to leave. Immediately.

In addition to enjoying sand and sea, this will give me more time to find the perfect Halloween costume for our cat. And look how excited he is about that. 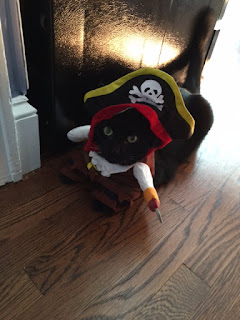 I'll be able to give my children my undivided attention this summer when they tell me how miserable and bored they are.

I can finally return the peasant blouses I keep ordering that make me look like a poor man's Frida Kahlo.

In other words, I've got big plans.

But before I cue up George Michael's 'Freedom' and dance around like a Risky Business-era Tom Cruise, there's real life to think about. Of course, I'm going to have to begin the dreaded job search again and figure out my next move.

Luckily, I have great friends who routinely send me links to job openings. I still have all my freelance work. And let's not forget my new ticket scalping business. But, without getting into the whole disaster that is our nation's healthcare system, it's still pretty frightening.

Earlier in the week, the 15-year-old car my husband drives to work wouldn't start. It owes us nothing, yet we're trying to save it to pass it on to our soon-to-be driving teen. I may need to score a Xanax before I pick it up because, in addition to the battery, it needs all new tires, a taillight, and some other thing my husband couldn't quite explain but inferred would be both crucial and pricey.

Our trusty mechanic, however, found out that the battery was actually still under warranty.

But I'm taking this as a sign that things are never as bad as they initially seem. Sometimes you do catch an unexpected break just when you need it most. 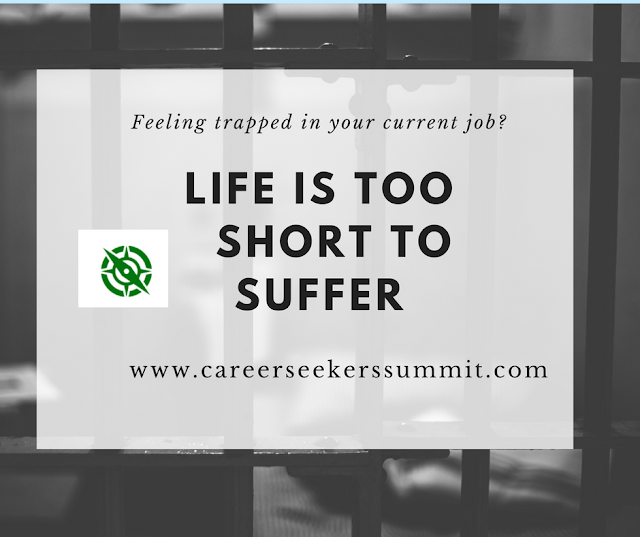 As I mentioned in my last post, sometimes you can meet some real losers through the Internet. (I'm sure this comes as no revelation to anyone who's tried online dating.) But, on the flip side, every once in a while an interesting opportunity arrives in your inbox via cyberspace.
A few weeks ago, I was contacted by the assistant to Kristin Hiemstra, M.Ed, ELI-MP, founder and president of The Art of Potential, about participating in an upcoming Career Seekers Summit she's hosting.
Much like when Elise Runde Voss, chief executive officer of UpScored called me a "thought leader" and asked me to write about the game-changing career platform she'd developed, I once again experienced a looking-over-each-shoulder "Who, me?" moment.
Of course, I enjoy writing career features for The Muse and hope that some of the hard-won wisdom I've acquired after losing two jobs within four years helps others. Yet, especially after pondering that "losing two jobs wi…
Read more